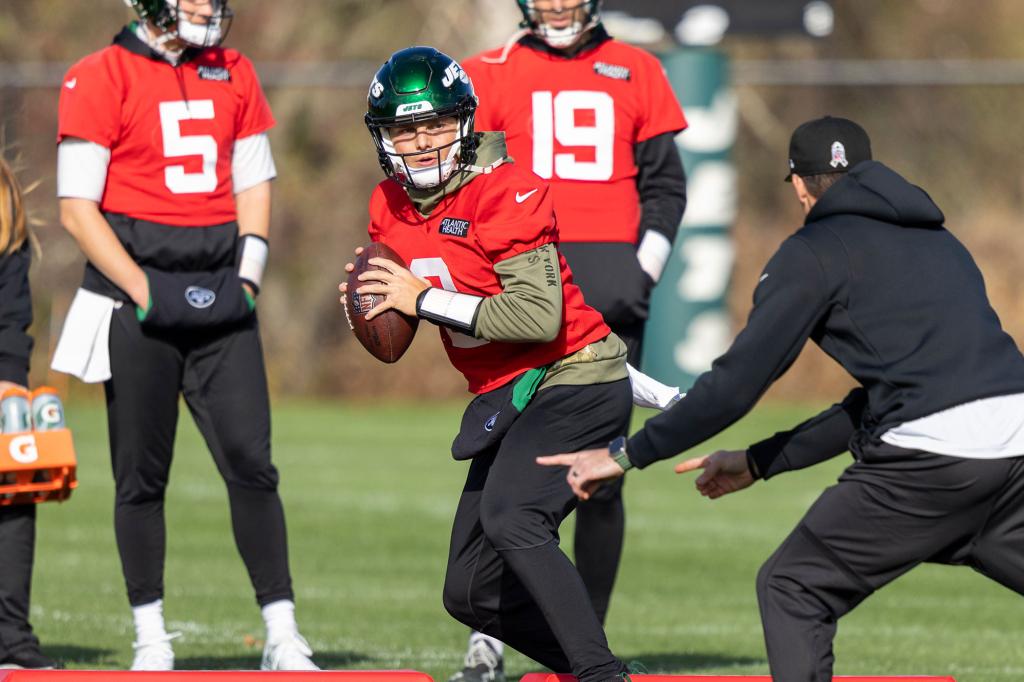 Week 8 was a mixed bag for Zach Wilson.

The Jets quarterback threw for a career-high 355 yards against the rival Patriots, but three interceptions in the game turned it into a 22-17 loss.

Three weeks later, Wilson has another shot at New England – and he’s tuning out any lingering noise from his critics.

“I thought they were good emotions,” he told reporters Thursday of his feelings after the loss. “I mean, I was frustrated. I still believe that nobody outside of this building knows what they’re talking about.”

The Jets – Wilson included – bounced back in a big way after the Patriots loss, upsetting the Bills on Nov. 6. He threw for 154 yards and a touchdown, limiting his mistakes en route to a 20-17 stunner.

Still, with New England on tap one more time, Wilson’s Week 8 performance is under scrutiny again.

“I don’t necessarily feel like I have to prove anything, like, ‘Last game didn’t go great, and I have to do something different this time,’” he said.

New England has won 13 straight against Gang Green and 21 of their last 23 matchups. Wilson has lost all three of his starts against the Patriots, throwing just two touchdown passes and giving up seven interceptions as the offense failed to produce over 17 points in any of them.

“Yeah, it was frustrating for me,” Wilson of the most recent try. “My mindset this week is one play at a time, how can I make the best decision on the play, not having to make a big play and trusting in my guys.”