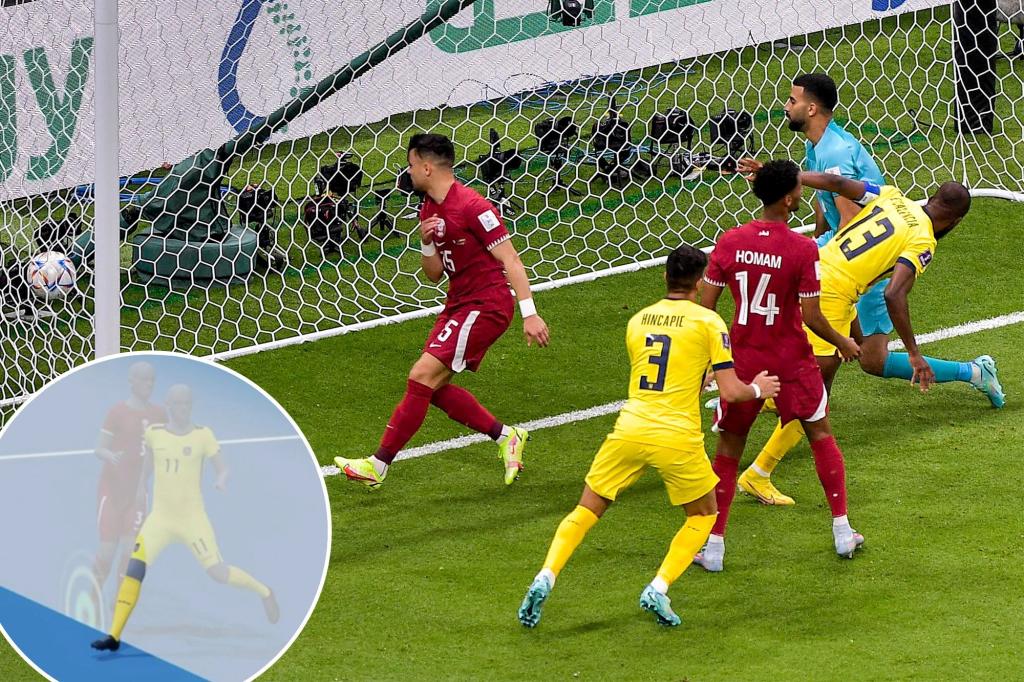 Sunday’s opening match of the 2022 World Cup got off to a controversial start when Ecuador striker Enner Valencia appeared to get an early goal against host country Qatar, but it was then ruled offside by VAR, or the Video Assistant Referee, and disallowed.

In a graphic released online, Ecuador forward Michael Estrada was considered offside in the build-up to the goal, per Joe Prince-Wright of NBC Sports.

Unsurprisingly, the ruling caused an uproar on Twitter moments later.

“Yes, that is not offside. 5 minutes into the World Cup, are you kidding?” one user wrote, while another tweeted, “I mean the global pictures don’t even show the offside…VAR.”

Per FIFA’s Laws of the Game, a “player is in an offside position if he (any part of the head, feet or body) is closer to the opponent’s goal line than the second to last defender and the ball – and he is in the opponent’s half of the field.”

Ecuador ultimately bounced back, with Valencia hitting a penalty kick 16 minutes into the match. The 33-year-old athlete scored again a short time later to give Ecuador a 2-0 lead.

Ecuador would go on to win the match and will face the Netherlands on Friday.