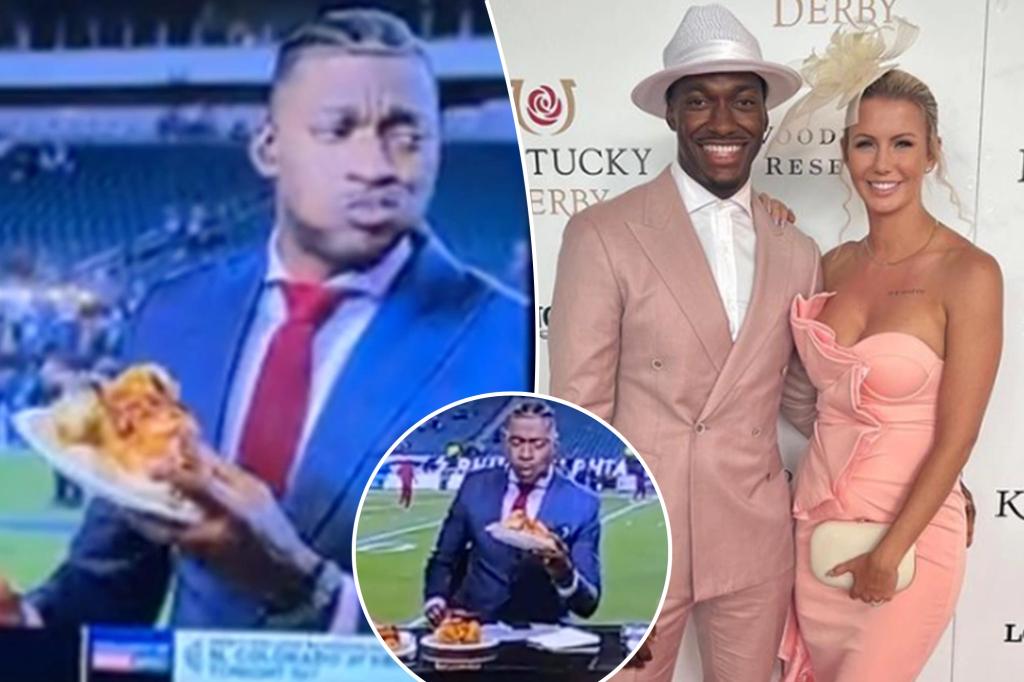 “Are you eating chicken on live TV?” Greta Griffin tweeted with crying laughing emojis during the Eagles-Commanders game. The 29-year-old fitness trainer included a clip of her husband eating a large plate of chicken alongside analysts Booger McFarland and Steve Young.

Griffin, 32, is in his second season as an analyst for ESPN, where he also covers college football. He landed with ESPN last August after a bidding war that included Fox.

Griffin — a former Heisman Trophy winner and second-overall pick by Washington in 2012 — was waived by the Ravens last January following three seasons with the team. He also had a short stint with the Browns.

In 56 career games, Griffin has thrown 43 touchdowns and rushed for 10 more.

Griffin and Grete — a former track and field athlete — are expecting their third child together: a baby girl, they announced in August. The couple, which tied the knot in 2018, is already parents to two daughters: Reese and Gloria.

In September, Griffin took to Twitter to share that his wife, a native of Estonia, became an American citizen.