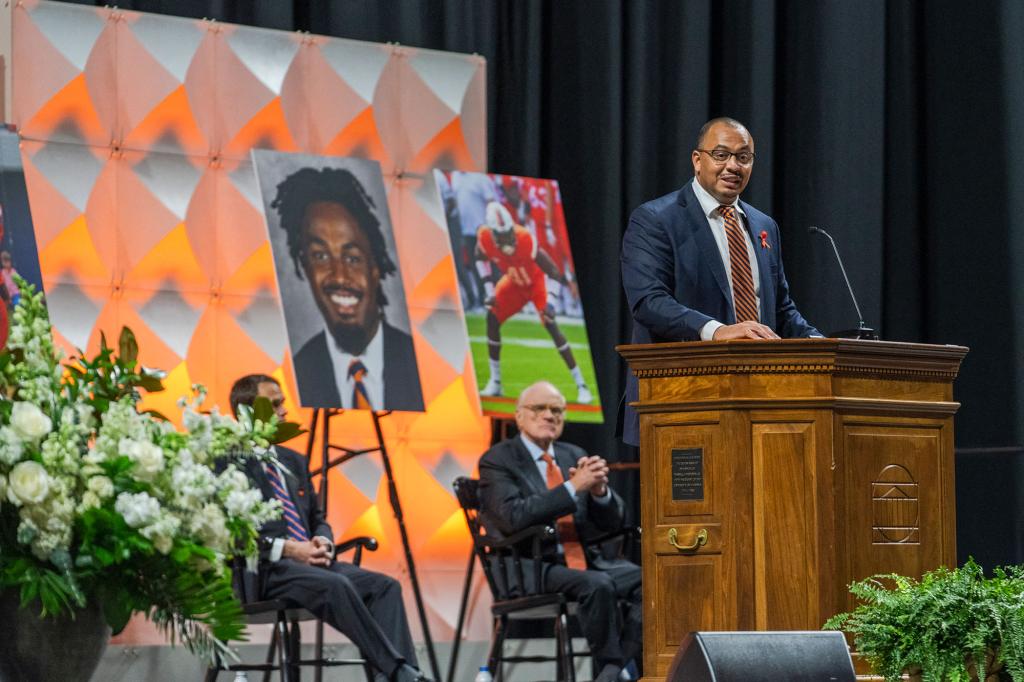 Virginia canceled its rivalry game against Virginia Tech that was scheduled for Saturday following the slaying of three football players on campus just over a week ago.

The three student-athletes were fatally shot on Nov. 13 after a field trip to see a play in Washington. Mike Hollins, also a Virginia football player, and student Marlee Morgan were injured.

Authorities claim a former member of the Virginia football team, Christopher Darnell Jones Jr., began shooting at students on the bus as it pulled to a stop at a campus parking garage. A witness told police the gunman targeted specific individuals and shot one while he slept, a prosecutor said in court last week.

The 23-year old Jones faces second-degree murder and other charges stemming from the shooting. He is currently being held without bond.

Neither the Cavaliers or Hokies have anything to lose by choosing not to play.