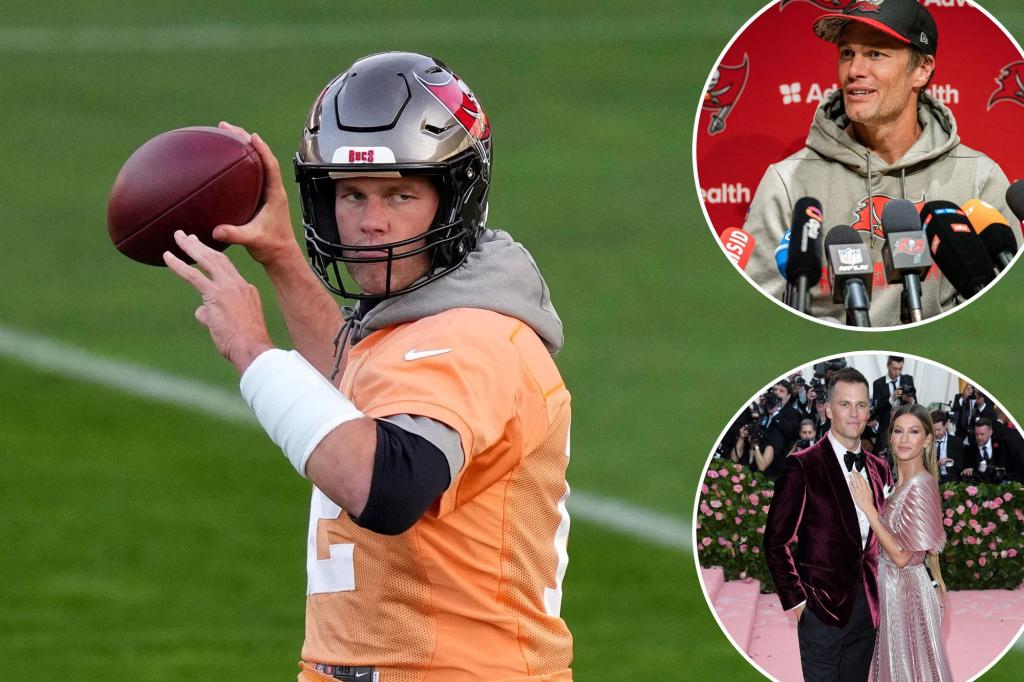 The Buccaneers are below .500 at 4-5, but Tom Brady said on Friday that he doesn’t have any regrets about un-retiring after just 40 days in the spring and returning to the NFL.

“Zero, no. Definitely not,” Brady told reporters ahead of Tampa Bay’s game against the Seattle Seahawks in Germany this week. “I returned because I felt like I wanted to compete and I spoke to the team about it and they were excited to have me back. I don’t really regret those types of things — I think when I commit to it, I mean it and I do my best and try to give everything I can to this particular opportunity.”

It’s been a rough year off the field as well for the the 45-year-old future Hall of Famer.

Brady and supermodel Gisele Bündchen went through a highly public divorce during the season, with the couple announcing their official split on Oct. 28.

Page Six first reported the marital discord on Sept. 1, just as the season was about to begin.

Despite all the distractions, the Buccaneers are still in first place in the weak NFC South, with a half-game lead on the Falcons, who lost to the Panthers on Thursday night, and can get back to .500 with a win over the Seahawks on Sunday.

But this season has been a major struggle, for Brady and the Buccaneers.

Tampa Bay is averaging just 18 points a game this season, after putting up 30.1 points per game last year. Injuries and communication issues have also plagued the team on both sides of the ball.

After throwing for at least 40 touchdowns each of the past two seasons, Brady has just 10 touchdown passes this year.

“I think the frustrating part is we just haven’t played to the way we’re capable of playing — that’s for a number of different reasons,” Brady said. “This is a very important game for us — we have a bye week after this. It gives you a chance to kind of evaluate where you’re at and I’d much rather evaluate being 5-5 than being 4-6. We’ve got to just win this game and it’ll take care of that.”