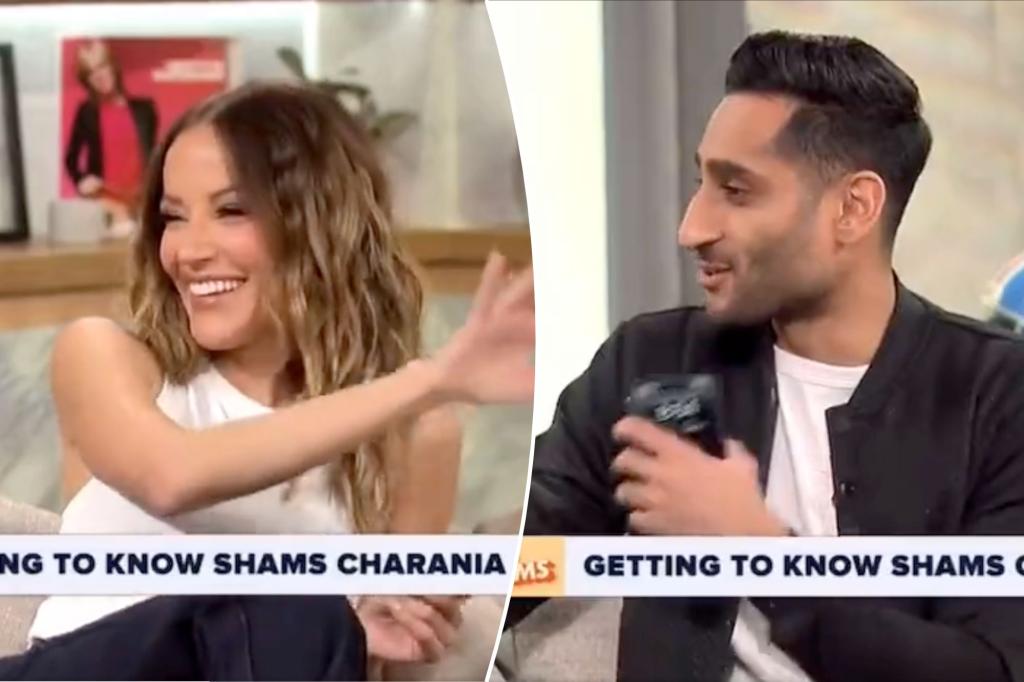 Kay Adams had a little too much fun with The Athletic’s Shams Charania Friday on her Fan Duel TV morning show, “Up & Adams.”

During a segment titled, “Getting To Know Shams Charania,” the NBA insider discussed how he missed out on things in his social life while still in school and establishing himself in the sports industry.

Adams laughed and said, “So when we have kids. No I’m kidding! I’m totally kidding! When you have kids…”

Charania found her comment funny and quickly replied with, “I’m not even thinking about kids.”

Later in the show, Adams joked, “This is getting weird, I already told him we’re having kids together.”

When someone tweeted, “Congrats on your future children together!” Adams replied with, “lol he shut that down FAST.”

In a separate tweet, including a clip of the interview, she wrote, “I love Shams.”

At one point, Charania said he “loves snuggling,” to which Adams said, “that’s the cutest thing I’ve ever heard.”

Adams and Charania are both under the FanDuel umbrella. Last month, FanDuel TV announced that Charania will serve as a regular contributor to its NBA-centric show, “Run it Back,” hosted by former ESPN personality Michelle Beadle and ex-NBA star Chandler Parsons.