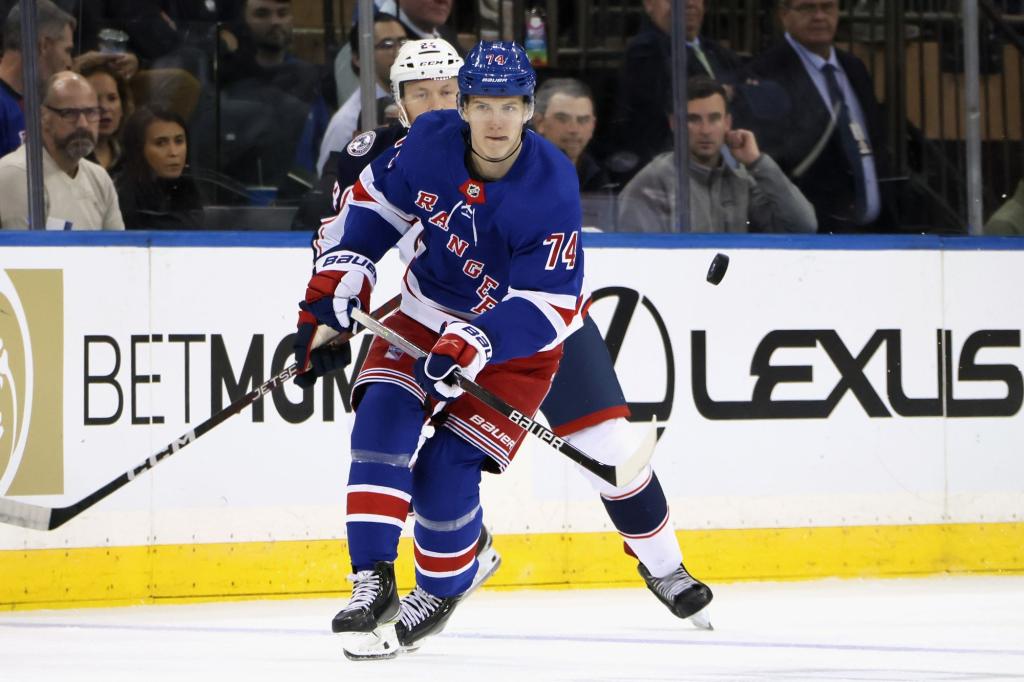 Kravtsov, who has played in just three full games out of the Rangers’ first 16 this season due to myriad injuries, was sidelined Saturday against the Predators — this time with a stomach bug, according to the team. The 22-year-old wing played his best game of the season against the Red Wings on Thursday, notching his first point in the form of an assist and putting up his first two shots on goal.

“He’s had a tough go,” Rangers head coach Gerard Gallant said after the morning skate at Bridgestone Arena. “He’s got the flu today, so I know he doesn’t feel too well right now.”

Gallant didn’t know whether Kravtsov would be available for the second night of the Rangers’ back-to-back, Sunday against the Coyotes at the Garden. Kravtsov has been limited to just 52 total minutes this season, but after his showing Thursday, it would be beneficial for him to get back into the lineup as soon as possible so he can continue building on that game.

“I have no idea,” he said. “I just heard he was sick. I’m sure he’ll come in here and the trainer will look at him and see how he feels.”

After he smacked his head into the boards three shifts into the Rangers’ season opener against the Lightning and subsequently missed the next four games, Kravtsov suffered an upper-body injury against the Avalanche on Oct. 25, the very next contest after his initial return to the lineup. He then missed the first matchup of the season with the Islanders on Oct. 26.

In the next contest, against the Stars on Oct. 29, Kravtsov put himself in a bad position during a race for the puck against Dallas defenseman Jani Hakanpaa and suffered the consequences. He was sidelined for another four contests before returning to the lineup against the Islanders earlier this week.

Ryan Reaves drew back into the Rangers lineup after serving as a healthy scratch in the previous three games. The veteran wing slotted into his usual fourth-line spot.

Goalie Jaroslav Halak earned the starting nod against the Predators, marking his fifth appearance of the season, over which he had an 0-3-1 record heading into Saturday. The 37-year-old Slovakian was 15-4-6 with a 1.99 goals-against average and a .927 save percentage over his career against Nashville.

As a result of the back-to-back, Igor Shesterkin presumably will be in goal Sunday.