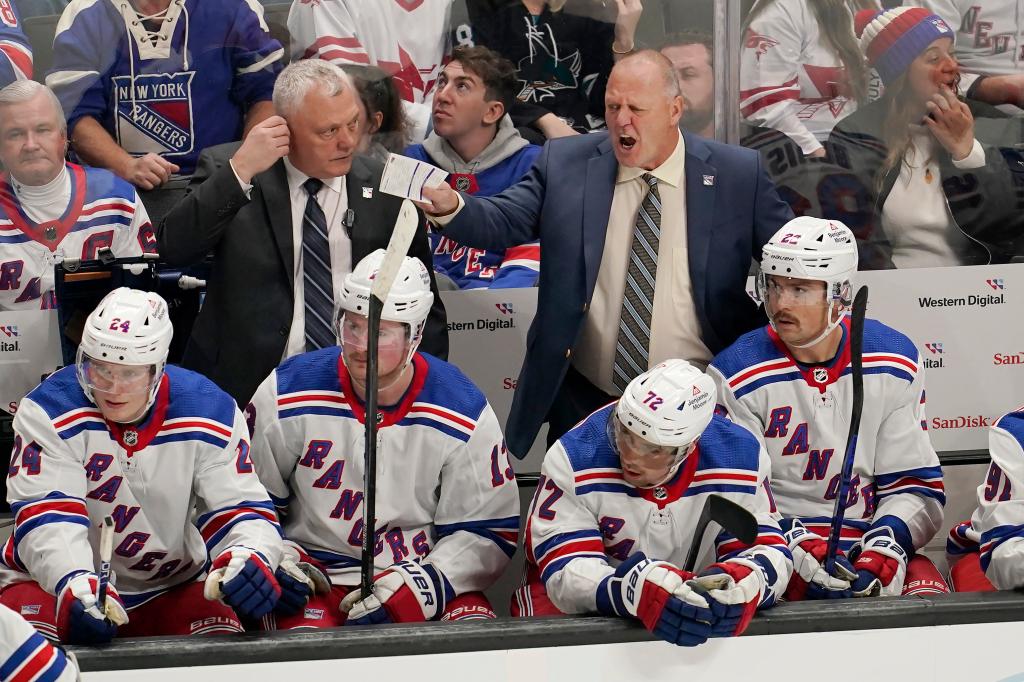 LOS ANGELES — Entering their 20th game of the season on Tuesday against the Kings, the Rangers have already faced their fair share of mental battles.

Not only did they start the season under the spotlight of their Eastern Conference final finish last season, but they’ve had to work through the frustrations that have come with not getting the results they feel they deserve. That goes for wins that should’ve been losses and losses that should’ve been wins.

“I think a number of nights, I’ve come in after the game and said, ‘I thought we played OK, not great, but OK,’ ” Rangers head coach Gerard Gallant said after practice Monday. “You look at the numbers and you say, ‘Well, we probably should’ve won that game.’ We had a chance to win, we were better than the other team, we had more chances and it didn’t happen.

“Last year was the complete opposite. We got dominated a lot of nights and we had a good record. I like the wins, but again, I think our team played OK for the most part of the season. We’ve had two or three really good games that I’ve liked. If we can be more consistent, play that 60-minute game, we’ve got a good chance to win every night. I loved our last game in San Jose.”

The Rangers are coming up in the middle-to-top part of the pack when measuring up to the other 31 teams in the NHL. Before Monday night’s slate of games, the Rangers’ 22 points were tied with the Islanders and Red Wings, which ranks toward the top of the NHL. Their 56 total goals were tied for 13th with the Sharks and Senators, while their 51 goals against were good for the eighth least in the league along with the Maple Leafs.

Judging by the Rangers’ lines and defensive pairs at practice on Monday, Ryan Reaves, Vitali Kravtsov and Libor Hajek will likely be scratched against the Kings on Tuesday night at Crypto.com Arena. The lines were the same as they were in the Rangers’ 2-1 win over the Sharks on Saturday, which Gallant referred to as “the best game” since their season opener against the Lightning.