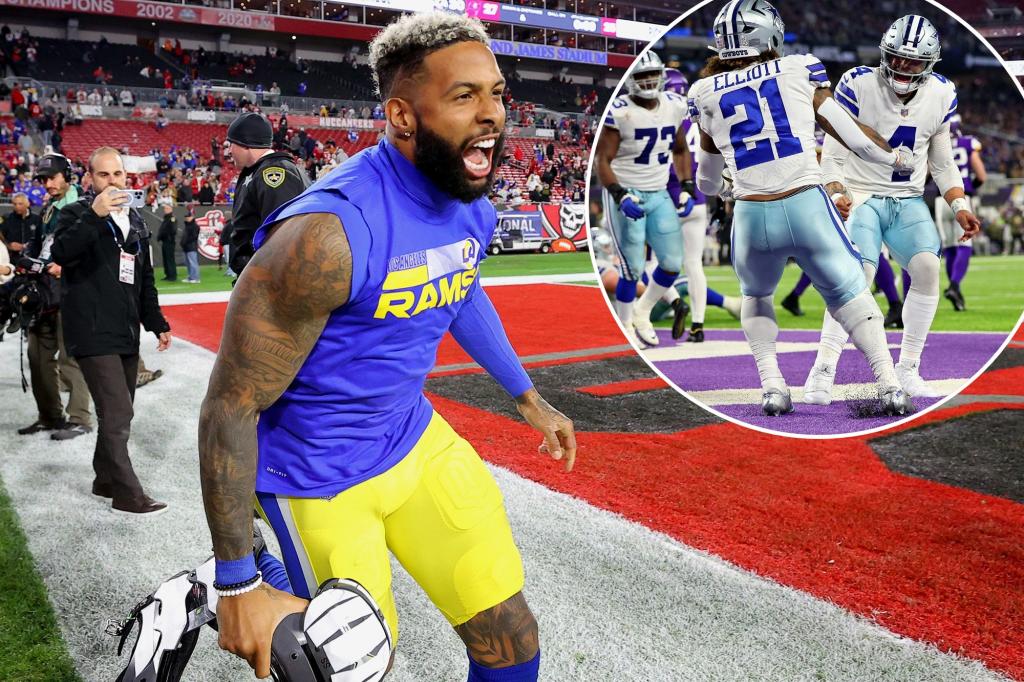 The Dallas Cowboys handily defeated the Minnesota Vikings 40-3 on Sunday, and one big-ticket free agent took note of the key road victory.

The 30-year-old free agent is looking for a team after tearing his ACL in the Super Bowl with the Los Angeles Rams last season.

Beckham is expected to meet with both the Giants and Cowboys after Thanksgiving. While the LSU product spent his first four years with the Giants, he’s spoken openly about his family’s Cowboys fandom, causing many to wonder if Dallas would be his preferred destination.

“All of my family grew up in Texas so they are all huge Cowboy fans,” Beckham told The Athletic in 2020. “It has always been kind of a funny story with them as far as being in New York and them being in Dallas. I do not have any animosity, hate or rivalry with them.”

“He made the greatest catch I’ve seen, other than the one Dez [Bryant] made for the touchdown against Green Bay,” Jones said on 105.3 “The Fan” in Dallas. “Bottom line is, Odell is a player that I admire a lot.”

A former member of the Giants, Browns and Rams, Beckham has 531 career receptions and 56 touchdowns. He’ll look to find a new home after the holiday, and if his latest tweet is any indication, he’s been thinking about the silver-and-blue.