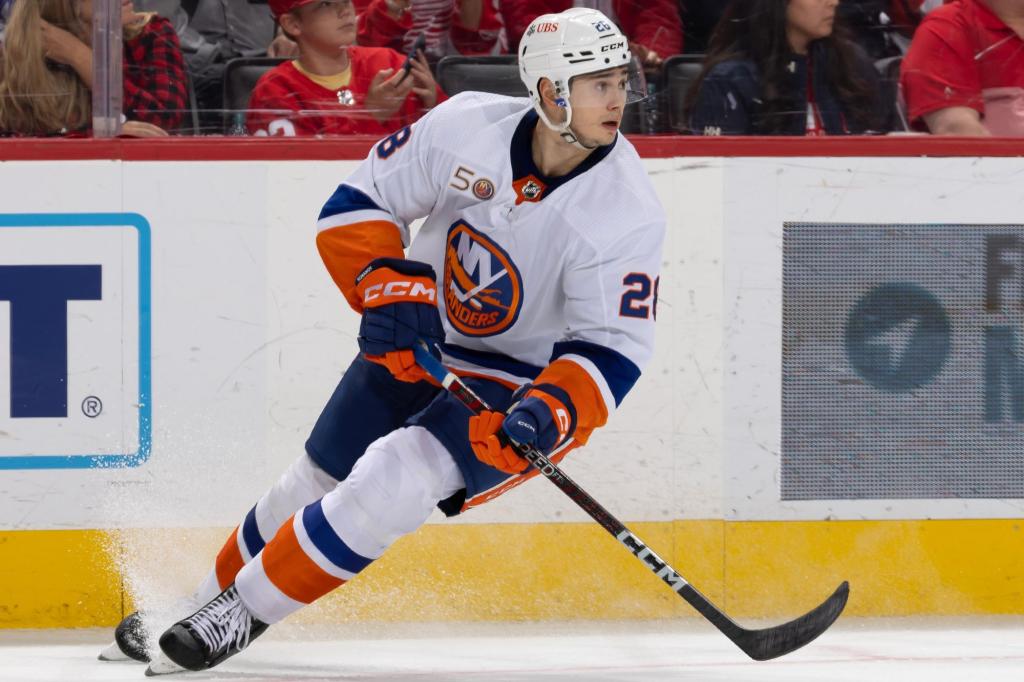 DALLAS — Alexander Romanov will be the first to tell you that he’s not completely comfortable speaking in a second language. Not when answering questions from reporters, but also not in private settings.

Romanov, a native of Moscow, learned a bit of English in school, but didn’t know much of the language when he came to North America with the Canadiens in 2020. Now with the Islanders, and in his third NHL season, he has a solid grasp of English, communicating easily with reporters, but he’s still learning.

“I can’t, like, hang out with the boys and talk about everything,” Romanov told The Post. “That’s really hard. That’s really hard. All the hockey stuff, simple questions, that’s easy for me already. But it’s not enough for speaking with somebody like a close friend.”

Romanov’s situation is far from unique in the NHL or even on the Islanders. Goaltenders Ilya Sorokin and Semyon Varlamov both are native Russian speakers, and Anthony Beauvillier grew up speaking French in Quebec. Varlamov and Beauvillier are both essentially fluent in English, whereas Sorokin is still learning and improving.

Like Romanov, Beauvillier took English classes in school but didn’t know much of the language until he got to Long Island as a 19-year-old.

On the ice from Long Island

Sign up for Inside the Islanders by Ethan Sears, a weekly Sports+ exclusive.

“It’s definitely different,” Beauvillier told The Post. “Especially at a young age, you just come in, you learn the kind of locker room way to speak, that language. You gotta pick and choose sometimes you don’t really know what’s better.”

By that, Beauvillier didn’t mean anything crass — just some expressions that NHL players use that others don’t.

“Maybe like, ‘chirp,’ ” Beauvillier said, referring to the word used in hockey for trash talk. “People don’t necessarily use that other than the hockey world.”

Noah Dobson, who grew up in English-speaking Prince Edward Island, said that in Bathurst, New Brunswick, where his first Quebec Major Junior Hockey League team was located, there was a mix of English and French, and his billet family was bilingual. That helped him get by, even with French being the predominant language.

Upon being traded to Rouyn-Noranda, though, the same rules didn’t apply. His billet mom was bilingual, but his billet dad spoke only French, and the Western Quebec community was almost exclusively French-speaking.

“I picked it up a little bit,” Dobson told The Post. “I can understand it pretty good. I don’t speak it very well, but I could pick up what the guys were talking about.”

Though formal lessons or even interpreters to use in interviews might be available if players ask for them, Romanov, Beauvillier and Dobson never went that route.

“In my first interview [with the Canadiens], they forgot to bring the [interpreter] there,” Romanov said jokingly. “Honestly, I don’t care about, like, how good my English is. [I’m trying] to learn it.”

The hockey immersion program of being in the locker room provides a better lesson than any instructor could give.

“Before, I hadn’t got a chance to speak with somebody in English, so it’s not enough just to learn it,” Romanov said. “You should practice it every day. That’s how it’s gonna be. Better and better. … Now it’s better. Every day, it’s better, better, better.”

“When you get thrown into it, you learn a lot quicker,” Beauvillier said. “Kind of have to deal with stuff day-to-day in that language. So that’s really when you learn the best.”

“It’s a real life lesson,” he said. “You just jump into the social [environment] and try to survive.”