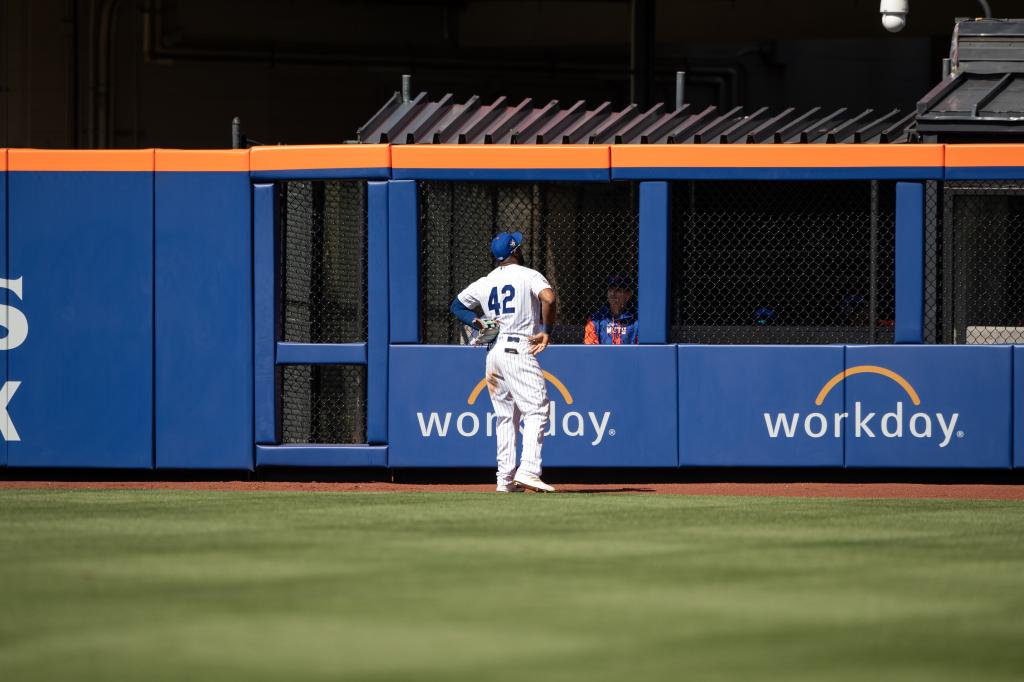 LAS VEGAS — Hitters at Citi Field will receive a boost of just over 8 feet from a segment of right field beginning next season.

The Post previously reported the Mets’ plan to bring in the fence for a new fan experience, but the scope was unclear. According to sources, the fence will be brought in roughly 8 feet, 6 inches in the nook space just to the right of the 370-foot sign in right center. That segment extends about 50 feet. There is presently ground-level seating in that space in front of the grandstand.

The expanded area behind the drawn-in fence will allow for living-room style seating with personal TVs and menu items patterned after New York’s famous speakeasies.

It will be a third alteration to the ballpark’s dimensions since it opened in 2009. The previous two occurred because of the difficulty of hitting homers at Citi Field.

Jacob deGrom, Brandon Nimmo and Chris Bassitt were all extended qualifying offers worth $19.65 million for next season, meaning the Mets will receive draft-pick compensation if any sign with another team. Taijuan Walker did not receive a qualifying offer.

The Mets picked up the option on reliever John Curtiss, who spent the 2022 season rehabbing from Tommy John surgery. The right-hander was signed before the season, with an eye toward 2023.

Francisco Alvarez’s late-season call-up to the Mets — he joined the club for the final six games of the regular season and was active in the wild-card series — doesn’t ensure he will begin next season in the major leagues, according to general manager Billy Eppler.

“He’s got to earn his way on the roster,” Eppler said. “He will get an opportunity to do that.”

“We could carry that, largely because of players like [Luis] Guillorme and [Jeff] McNeil that can serve multipurpose,” Eppler said.

Terrance Gore was outrighted by the Mets to Triple-A Syracuse. The veteran outfielder has declined the assignment and elected free agency.