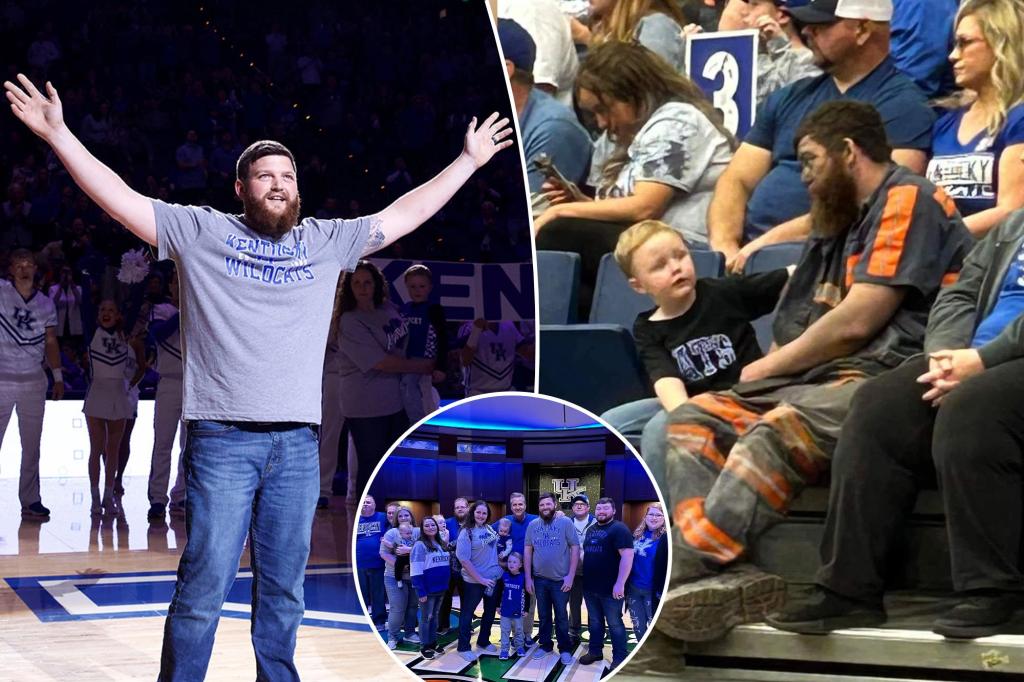 From the coal mine to the basketball court.

Micheal McGuire, the coal miner and father of two who went viral on Twitter, was honored during the University of Kentucky’s basketball game Friday night.

Kentucky head coach John Calipari extended the invitation after seeing the photo of McGuire — covered in coal dust following his shift — and his young son, Easton, attend the team’s scrimmage on Oct. 25.

The McGuire family eventually met with Calipari in Lexington and sat behind the bench for Kentucky’s 77-52 win over Duquesne.

“Had a great time with the McGuire family last night,” Calipari said on Twitter. “They are great people and wanted me to be sure to thank everyone for their kindness, especially Sue Kinneer, who was the person who posted the picture of Michael originally!

McGuire also served as the special guest “Y” during the cheer team’s spelling out of Kentucky, a tradition at Wildcat basketball games.

“It’s reached a lot of people just by Micheal being a dad who shows up and is there. That’s not something that always happens in present day. So, I’m glad he’s appreciated for what he does for his family,” McGuire’s wife, Mollie, told WYMT.

Calipari was touched by the photo, which he shared with his 1.5 million Twitter followers in an effort to locate McGuire, who lives in Kentucky.

“My family’s American dream started in a Clarksburg, WV coal mine, so this picture hits home,” Calipari said.

McGuire has been humble about the whole experience and attention and says he only showed up in his work clothes because he didn’t want to miss a minute of his son playing.

“It was either go straight there, or miss half the game to go home and take a shower and everything.”