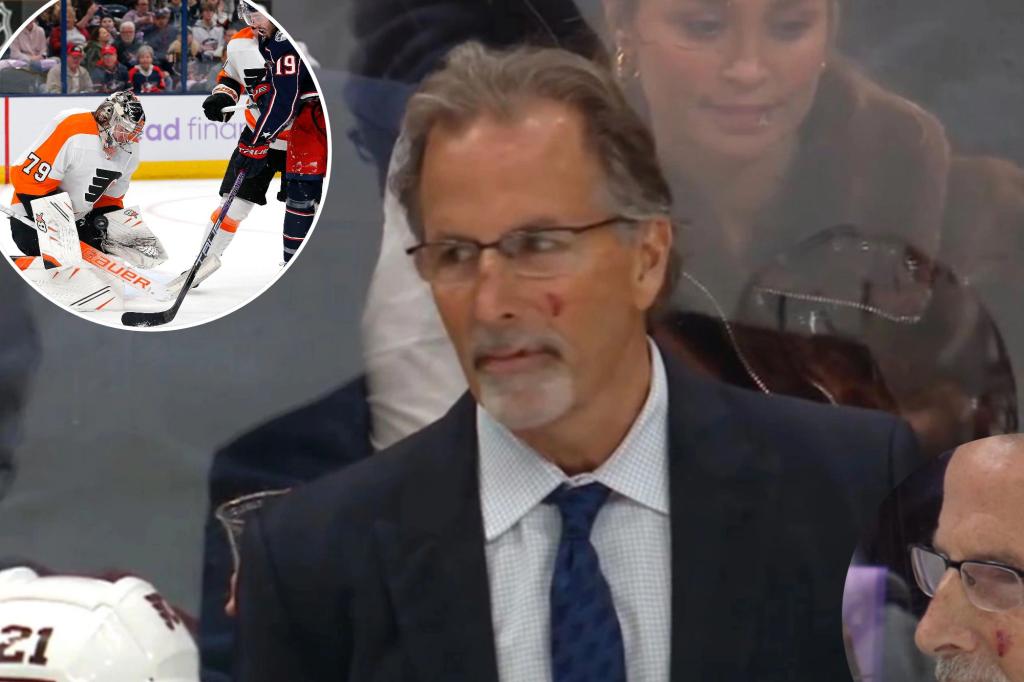 During Tuesday’s game against the Blue Jackets, Tortorella was sporting a sizable gash under his left eye, which was the result of an apparent horse-kicking incident.

According to the broadcast, Tortorella got kicked in the face by his horse, and believes his nose is broken. Tortorella, who owns three horses, has been open about his passion for animal advocacy.

“It was a horse-kicking incident,” ESPN analyst and former Flyers goalie Brian Boucher said on the broadcast, per phillyhockeynow.com. “…He said he was awfully lucky — it could have been a lot worse.”

Late in the first period of Philadelphia’s eventual 5-4 loss to Columbus — the team’s fourth straight defeat — the coach delivered a fiery sound bite when Boucher asked him to evaluate his team’s start to the game after giving up the first goal.

“We suck,” he said. “We haven’t forechecked, we haven’t done anything as of right now.”

When asked what he wanted to see differently out of his club, Tortorella said, “Forecheck,” before ripping off his headset to wrap up the quick interview.

Tortorella is known for speaking his mind. Two weeks prior, the former Rangers coach cursed off the Toronto Maple Leafs from the bench, appearing to yell, “f–k off, you motherf–ker” after a goal from Zach Aston-Reese.

The Flyers face the Bruins on Thursday.