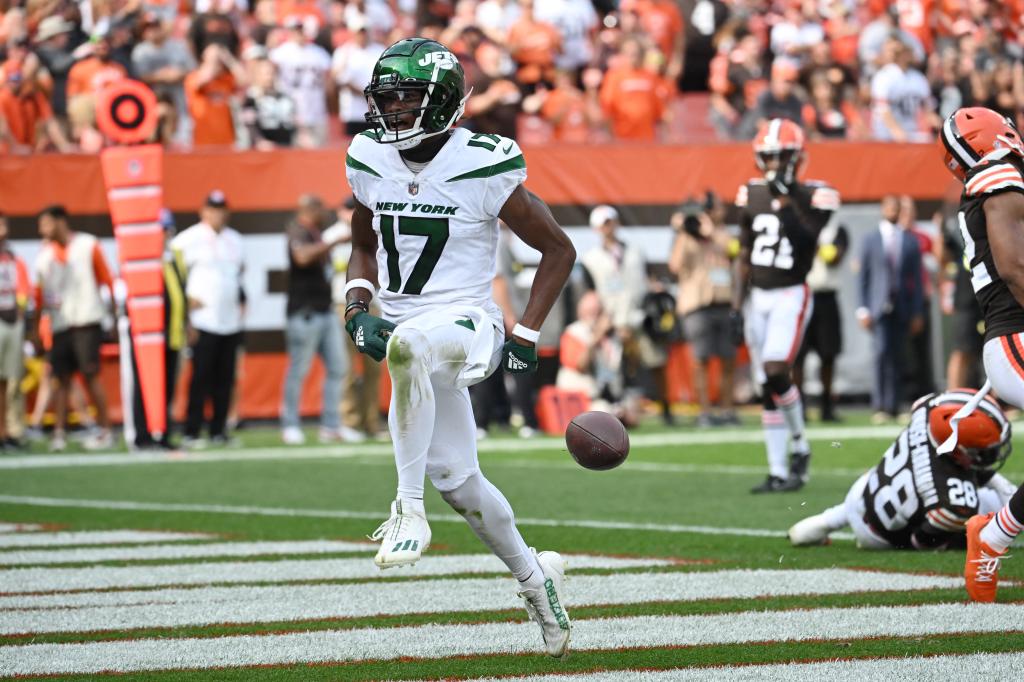 FOXBOROUGH, Mass. — The Jets will try to remain perfect on the road Sunday against the Patriots.

Of all the impressive things the Jets have done this year, the way they have played away from home is near the top of the list. The Jets, 4-0 away from home, are one of two teams in the NFL (along with the Eagles) that remain undefeated on the road this season. The last time the Jets won at least four road games through the first 10 weeks was 2010.

“I think just the level of energy we play with on the road,” tackle Duane Brown said of their secret to that 4-0 mark. “The feeling that everyone is against us so we take a certain level of energy to the game. Just staying the course throughout the ups and downs of the game. We all know at some point we’re going to hit some adversity. As long as we don’t let that adversity snowball on the road, we give ourselves a chance.”

The Jets have a tough task in front of them to get to 5-0 on the road. They have not won at Gillette Stadium since the 2010 playoffs. They have won six times at New England since Bill Belichick took over the team in 2000.

That 2010 season also was the last time the Jets won as many as four games on the road. They won six that year. The Jets won just one road game in each of the past two seasons. Brown said the way the Jets are playing defense on the road has been huge.

“The defense is a huge part of it,” Brown said. “The way they get turnovers and give us opportunities on offense, giving us a chance to continue to work no matter what is going on is a big part.”

With DT Sheldon Rankins out with an elbow injury, expect to see more of Nathan Shepherd playing alongside Quinnen Williams. Shepherd is the lone remaining member of the Jets’ 2018 draft class on the team and the longest-tenured player on either offense or defense. Long snapper Thomas Hennessy is the only player who has been on the team longer.

“He’s been steady,” head coach Robert Saleh said of Shepherd. “He’s been exactly what we hoped, plays his absolute tail off, plays violent. I feel like he’s played a much smarter style of football, and with regards to bringing down the amount of penalties he’s been victim of. He’s really taking comfort to our style of play upfront.

“We had this ‘King of Strain’ award and he’s like the spokesperson for Kind of Strain. Everything he does is strain. He’s a poster child with regards to how you want to play the game and how you want to prepare and take care of your body and all of the different things.”

The Jets elevated DL Tanzel Smart and OL Conor McDermott from the practice squad for the game Sunday.