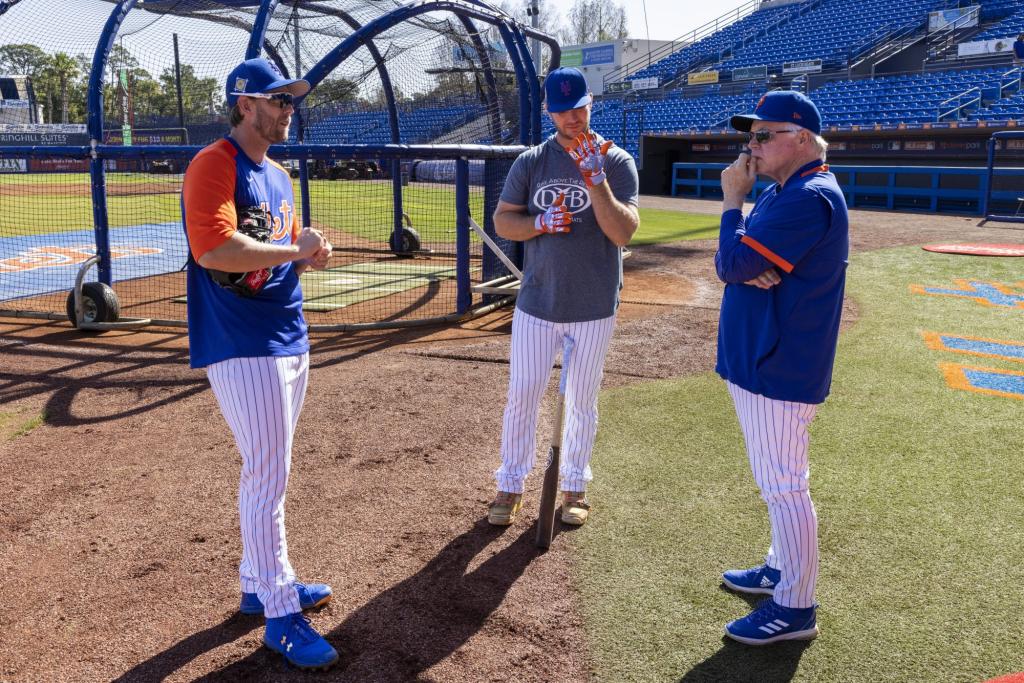 During his session with reporters at the general managers’ meetings in Las Vegas this week, Scott Boras went hard after the manner in which teams are deploying analytics.

It’s clear the super-agent, who represents a who’s who of stars throughout MLB, hears complaints from clients unsettled by the game’s direction. Information is readily available, and many teams expect it to be utilized. Players, according to Boras, feel overwhelmed and perhaps threatened by it.

“We’re constantly seeing players talk about the fact that the focus on the standards given by the team are different than what the player utilized to arrive in the major leagues,” Boras said. “He feels he’s no longer achieving the standards teams want, and [teams] want change from the very platform that the very player used to arrive in the major leagues.

“To be given a flood of information daily without the proper bridge for execution, we’re finding clutter. We’re finding players that are [under]-performing. We are finding players whose confidence levels are shaken, and so we need to address the analytics bridge. We need to create new methodologies. We need baseball people to understand analytics. We also need analytics people to understand we need a communicative bridge and a method and timing to communicate this information to the players.”

The Mets were at this very point after the 2021 season concluded. Several players — Pete Alonso, Jeff McNeil, Dominic Smith and J.D. Davis among them — were unhappy with the amount of information they felt they were forced to absorb on a daily basis.

Those concerns may have factored into how the Mets proceeded in constructing their front office and field staff last winter. Billy Eppler, with a deep background in scouting, was hired as general manager. His choice for manager was Buck Showalter, whose success in the game began before the analytical revolution. Both are students of analytics, but aren’t wed to them.

Force-feeding for the Mets ended in spring training, replaced by a system in which players pick and choose what information they want to absorb.

“I look at the role of the coaching and all the support around that team that’s there day in and day out and traveling with that club,” Eppler said. “In a way, it’s kind of a service job, and you’re there to serve the needs of the player. If you have a player that wants a lot of information and you can’t provide that to them, then I think you’ve failed the player. I think if you have a player that doesn’t want that quantity of information or wants things distilled in a really simple way and you’re shoving things into them with only one methodology, I think you failed the player.”

Eppler compared it to his job as GM, serving the needs of the manager. If the Mets are in a tight game and Showalter looks to his bench for a defensive replacement and none are on the roster, Eppler says, he has failed. Likewise, if the Mets need a comeback and Showalter wants a bat off the bench and the roster is without that option, he has failed.

“So we’re trying to get tools to people to do their jobs, to optimize their job,” Eppler said. “That’s the way I approach it. It’s not binary. It’s just a matter of serving the player and we want to continue with that same approach.”

Eppler was asked about Boras’ assertion that players feel as if they have to change once they reach the major leagues because of analytics.

“Go watch a Division I college baseball game right now, and try to get as close to the dugout as possible and look at all the things going on,” Eppler said. “They’re pretty well-accustomed to information, and they start getting it a lot in the minor leagues, but there are a lot of players that want to keep it simple, so it’s not a one-size-fits-all for me.”

Don then Keith, or Don and Keith

Keith Hernandez belongs on the Contemporary Baseball Era Committee ballot for the Hall of Fame simply because he is worthy of reconsideration for Cooperstown.

But there also is the idea of symmetry and the romantic notion that he and Don Mattingly could be enshrined into the Hall of Fame together as New York’s star first basemen of their era. The 1950s had Willie, Mickey and the Duke — as in Mays, Mantle and Snider — in New York and the ‘80s had Don and Keith.

It’s not a crime that Hernandez was excluded from the ballot released this week (Mattingly is on), but did we really need a Barry Bonds-Roger Clemens-Curt Schilling repeat in their first year off the Baseball Writers’ Association of America ballot?

Maybe some or all of the players from that group will emerge with a plaque, but letting their candidacies simmer for at least a few years seems like a better idea.

Hernandez never is going to get into the Hall of Fame ahead of Mattingly, whose defensive skills as a perennial Gold Glover were comparable to Hernandez’s and who was a far superior hitter to the Mets first baseman.

So maybe the best Hernandez’s fans can root for this time around is Mattingly’s selection, placing Hernandez possibly in the on-deck circle. Others can root against Mattingly in the hope a future ballot will place the two New York first basemen together with a shot at Cooperstown. The next Contemporary Baseball Era Committee ballot is slated for the Hall of Fame Class of 2026.

Last year at this time he may have had multi-year offers in the $50 million-$75 million range. But Conforto didn’t sign before the lockout, and then he injured his shoulder before free agency resumed, costing him the entire season.

Conforto will get a major league contract this offseason, but anything beyond one year and $10 million might be a gift. Conforto doesn’t turn 30 until spring training. He probably only would make sense for the Mets if Brandon Nimmo departs and the team is willing to play Starling Marte in center field. It’s not a great fit between Conforto and the Mets.