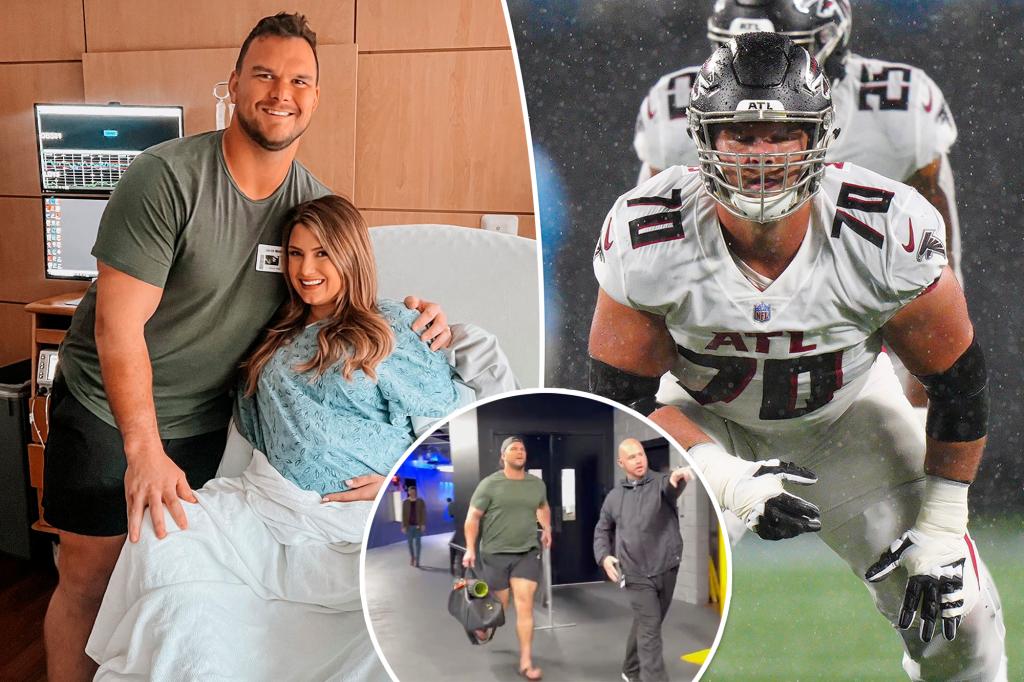 Atlanta Falcons tackle Jake Matthews played Thursday night against the Carolina Panthers hours after being present for the birth of his son.

Matthews was in Charlotte for the game but flew to Atlanta Thursday morning after his wife, Meggi, went into labor.

Their son was born in the afternoon so the Falcons began to work on getting Matthews back to Charlotte, so he could play.

According to the NFL Network, Falcons owner Arthur Blank sent his private jet to pick up Matthews and bring him back to Charlotte, where he began the day, so he could play in the Falcons-Panthers game.

“It almost feels like it didn’t happen,” Matthews said. “So surreal.”

Meggi posted on Twitter a photo of the couple in the hospital.

Matthews has missed just one game in his nine-year NFL career, Week 2 of his rookie season in 2014. Thursday’s game extended his streak of consecutive starts to 137, the longest current streak in the league.

“Our doctor was pretty great,” Matthews said. “I actually got to help deliver him and hold him. It was incredible. Very emotional. Right when he came out, my wife took him for about five minutes. I got about 15 and took a couple pictures and we were out.”

Matthews was selected to a Pro Bowl in 2018 and is the son of Hall of Fame offensive linemen Bruce Matthews, who made 14 Pro Bowls playing for the Houston Oilers/Tennessee Titans from 1983-2001.

While Atlanta went on to lose the game 25-15, Matthews was able to get in his normal amount of reps, even after arriving back in Charlotte an hour before gametime.