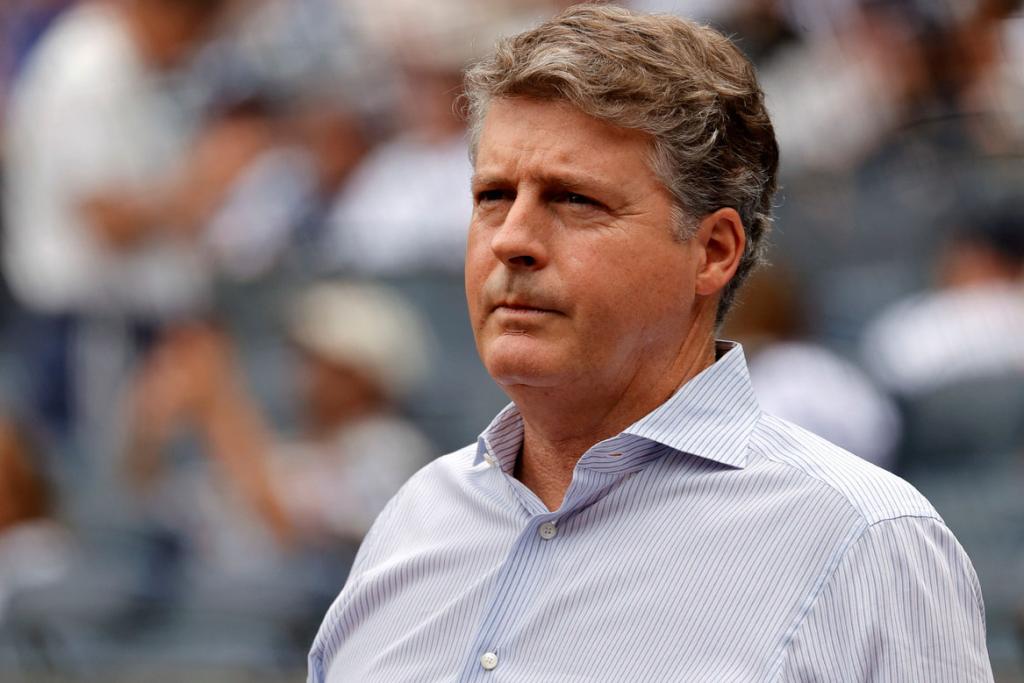 Even if the Yankees do bring back Aaron Judge, don’t expect their payroll to skyrocket.

After the Yankees finished the 2022 season with the third-highest payroll in baseball at $264 million, behind just the Mets ($287 million) and Dodgers ($280 million), according to Spotrac.com, managing general partner Hal Steinbrenner said Tuesday he didn’t “have a number in mind” for next season’s payroll.

But he added, “If there is a notion you can spend a gazillion dollars and it’s gonna get you a championship, those days are over. The competitive balance in this game is significantly better than it was 10 or 15 years ago.”

He noted the Dodgers are in a “huge market like us and we get a lot of comparisons to them. They put a lot of money in their payroll every year. How many World Series have they won in the last 10-15 years? It’s tough. Winning a championship is tough. I’m not making excuses. It probably sounds that way, but if you look at it objectively, it’s tough.”

He also said the Yankees advanced further in the postseason than both the Mets and Dodgers.

While speaking at the MLB owners’ meeting at the league headquarters in Midtown on Tuesday, Steinbrenner said repeatedly that he thought the Yankees were in a good position to win a title before getting hit by injuries, primarily to the lineup and bullpen, in the second half.

“We’re gonna do the same thing we do every year, which is field a championship-caliber team that can do it,” Steinbrenner said. “And we had it. We had it, but there were mitigating factors, in my opinion.”

Among the injured were midseason-acquisitions Andrew Benintendi (wrist) and Matt Carpenter (foot), as well as DJ LeMahieu, who was plagued by a fractured toe in the second half that kept him out of the playoffs.

The second baseman is seeing specialists to determine whether surgery is needed. If it is, LeMahieu could miss the start of the 2023 season.

With Anthony Rizzo back at first base and Josh Donaldson at third, Steinbrenner said he would like to see Oswald Peraza and another top shortstop prospect, Anthony Volpe,

“I think you’re gonna see them get a shot in spring training,” Steinbrenner said of the pair. “A shot.”

Steinbrenner’s negotiations with Cashman are ongoing. Cashman’s contract expired on Oct. 31, but the owner said, “I want him back.”

The sticking point is salary, although that will work itself out.

More interesting is the fact that Steinbrenner acknowledged the need for both him and Cashman to analyze the team’s baseball operations department.

“Maybe along the line of the Astros and what are they doing different than us?” Steinbrenner said of the Yankees’ failure to get by Houston. “We’re gonna look at all of his people. I think, for the most part, they’ve been great. We’re very balanced between analytics and pro scouting, despite what people think. … I think the coaching changes we made last year were good.”

Steinbrenner praised the spring-training deal that brought Donaldson and Isiah Kiner-Falefa from the Twins in exchange for Gary Sanchez and Gio Urshela.

Steinbrenner praised Donaldson’s defense and work ethic, despite a horrific season at the plate, and said of Kiner-Falefa, who was benched in the playoffs due to poor play at shortstop, “We were happy with what he gave us, for the most part. I think the trade was a success, especially from a defensive standpoint.”