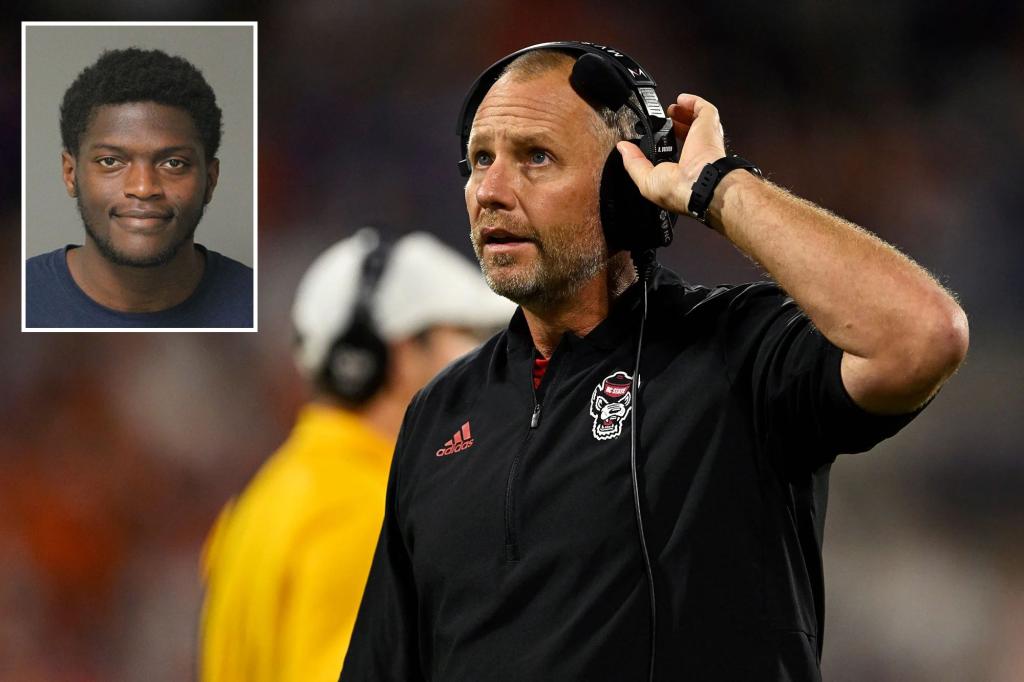 A former N.C. State football player was arrested and charged with misdemeanor stalking and communicating threats to head coach Dave Doeren in Raleigh this week, according to Wake County records.

Joseph Boletepeli, a member of the Wolfpack from 2018-2019, prompted the arrest warrant with a tweet.

“Imma get him I promise,” Boletepolo wrote. “Dave Doeren and the rest.”

Boletepeli was also charged with resisting arrest after he allegedly pulled away from officers who were attempting to handcuff him.

According to WRAL, the former defensive lineman was seen near Doeren’s workplace and sent numerous text messages threatening Doeren and other staff members.

Court records obtained by the News & Observer said Boletepeli behaved in a way that “would cause a reasonable person to suffer substantial emotional distress by placing that person in fear of death, bodily injury … or the safety of the person’s immediate family.”

Boletepeli, 22, played in nine games over the course of two seasons at N.C. State, recording three tackles before his transfer to Maryland, where he appeared in five games including one start.

He was released on bond with a trial date set for Friday, with WRAL reporting that he was issued an ankle monitor.