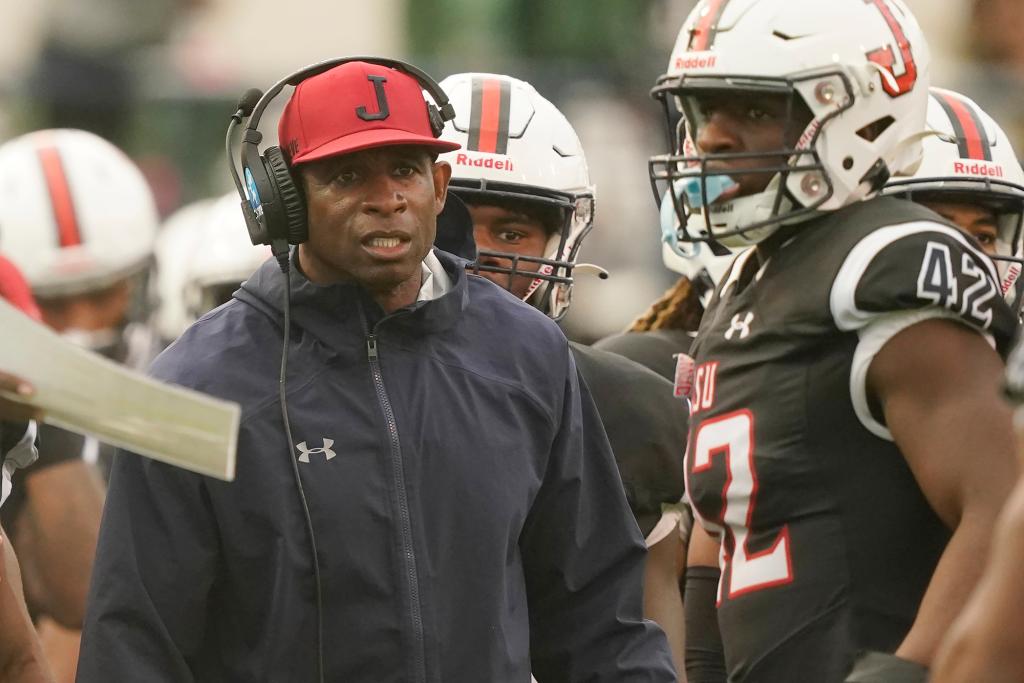 Deion Sanders has continued to stay focused on what’s in front of him instead of dashing towards a new destination.

The Jackson State head coach denied rumors Friday that he was interested in coaching the Nebraska Cornhuskers. Nick Shenert, a producer on The Drive on 93.7 The Ticket in Lincoln, published a tweet noting Sanders’ lack of interest.

Former Huskers standout and 10-year NBA veteran Erik Strickland texted “Prime Time” and asked if there was any truth to the rumors. Sanders responded and said, “No truth to it, my brother.”

The football legend has become a candidate of interest given his recent success at Jackson State. He led his team to a winning season during his COVID-shortened first year at the helm and won 11 games last season. The Tigers are currently undefeated in 2022, and with head coaching gigs available at Auburn, Georgia Tech, and now Nebraska, Sanders has had to shoot down the idea that he already has one foot out of Mississippi.

“I haven’t talked to anyone from Nebraska. That has not happened,” Sanders said. “So y’all stay focused.”