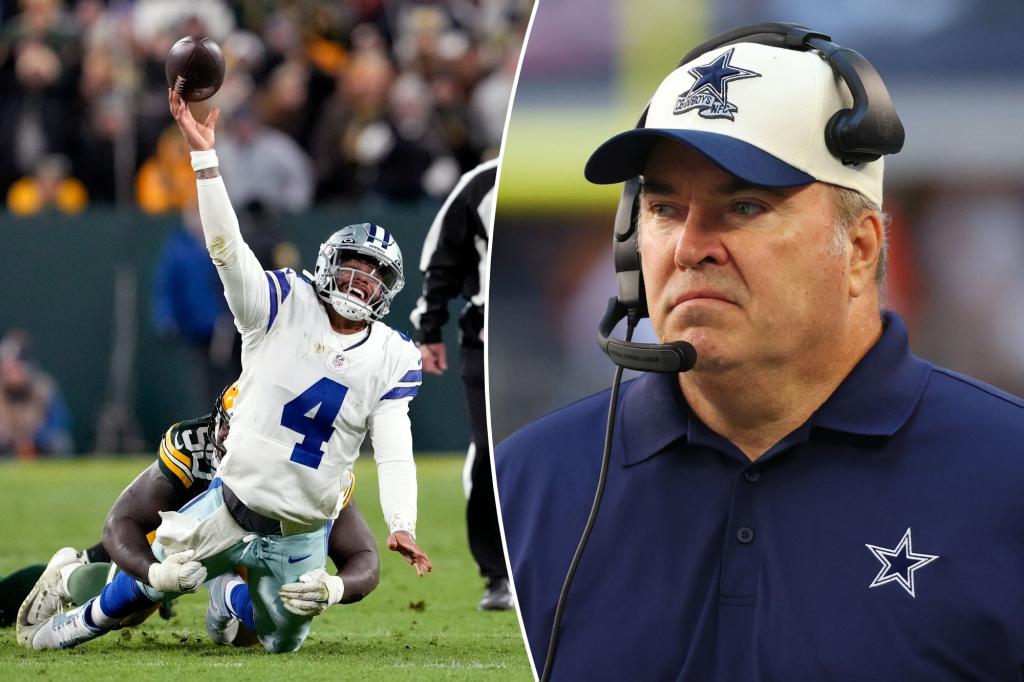 If Mike McCarthy had to do it over again, he wouldn’t change a thing.

With his Cowboys tied 28-28 against the Packers in overtime at Lambeau Field on Sunday evening, the head coach faced a fourth down decision, with three yards to go at the opposing 35-yard line. Instead of opting for a 53-yard field goal into the Green Bay wind, which would have taken the lead and forced the Packers to score a touchdown if they wanted to win, McCarthy decided to go for it.

He called a pass play, and Dallas quarterback Dak Prescott was pressured from behind as he tried to escape the pocket. As he was being tackled, he floated a pass to Tony Pollard, but it fell incomplete. Now just needing a field goal to win, Aaron Rodgers and the Packers marched down the field in six plays and Mason Crosby kicked the game-winner, dropping the Cowboys to 6-3 and third place in the NFC East.

After the game, McCarthy vigorously defended his decision.

Dallas had two big run plays called back due to penalty on the OT drive, a 16-yard rush negated by a hold, and a nine-yarder due to receiver Jalen Tolbert being called offsides. McCarthy clearly took more stock in the penalties as a factor in the loss.

Perhaps, however, he could have considered calling different plays in that crunch time. Dallas was running the ball at will on Green Bay in the overtime period, yet called two straight pass plays on third and 3 and fourth and 3. If he knew he was going to go for it on fourth down, why not call a run play on third, and try to either get closer or pick up the yards that way?

Regardless, his players seemed to be on board with not kicking – including the kicker himself.

“The wind was definitely a factor,” Cowboys kicker Brett Maher said after the game. “I think I could’ve hit a good clean ball going that way but, hey, I love the call to go for the win in that situation. We’re here to win games. I think that was a good call.”

McCarthy, who coached the Packers for over a decade and won the Super Bowl with Aaron Rodgers in 2011, embraced his former quarterback before the game in his first trip to Lambeau since joining the Cowboys in 2020.