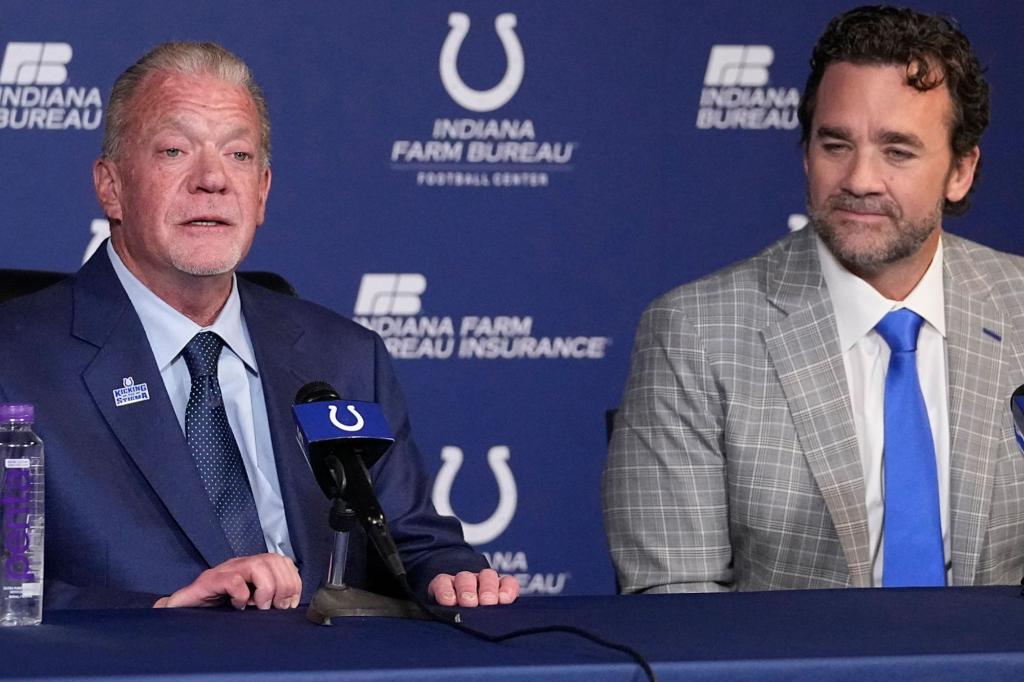 Jeff Saturday’s surprise hiring as the Colts’ interim head coach was met with much scrutiny around the league, and it seems those within the organization “tried to talk” team owner Jim Irsay out of the controversial move.

NFL Network reported Sunday how Indianapolis execs, including team president Pete Ward and GM Chris Ballard, spoke to Irsay and “expressed their reservations.” Irsay is said to have been “hellbent on hiring Saturday,” the Colts’ former Pro Bowl center whose only coaching experience is at the high school level.

The move to hire Saturday, an ESPN analyst, came after head coach Frank Reich was fired on Monday following the Colts’ 26-3 loss to the Patriots last Sunday.

Irsay said Saturday called him during the Colts’ loss to the Patriots to talk about Indianapolis’ offensive line problems. Irsay stayed in Boston after the game and informed Reich he was being let go.

John Fox and Gus Bradley, both former NFL head coaches who are currently employed by the Colts, were passed over in favor of Saturday. Sources told NFL Network that Saturday’s natural leadership trails “have already shown through” as the Colts prepare to face the Raiders.

In his first team meeting on Wednesday, Saturday reiterated his commitment to the job, saying he loves the Colts and that he’s not afraid of jumping into the fray for the final eight games of the season.

“Here’s the deal: I’m completely comfortable in who I am as a man,” Saturday told reporters Wednesday. “I know I can lead men. I know I know the game of football, and I’m passionate about it.”

Saturday will try to get his first head-coaching win Sunday when the Colts take on the Raiders at 4:05 p.m. in Las Vegas. Both teams began the season with disappointing starts but will look to right the ship against each other.