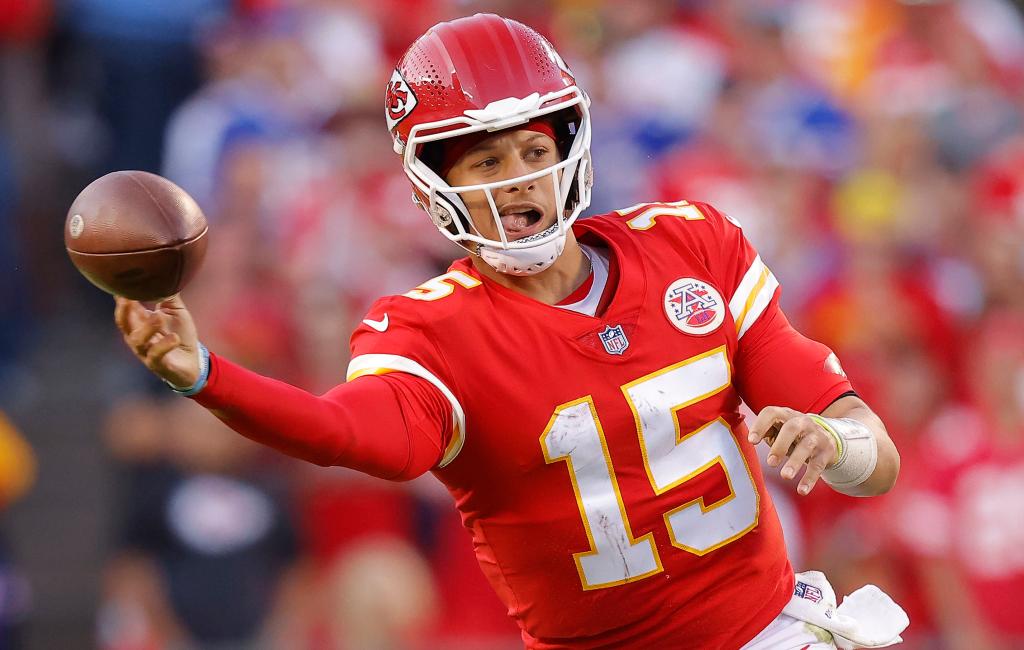 Our NFL betting writer brings you his best Jaguars vs. Chiefs predictions and picks for their NFL Week 10 showdown, which is live Sunday at 1 p.m. EST on CBS.

Patrick Mahomes and the highest-scoring offense in the NFL will continue their quest to pass the Buffalo Bills in the AFC race Sunday when the Kansas City Chiefs host the Jacksonville Jaguars. Cooler temperature around freezing won’t be ideal for the visitors from Florida, but might also impact the explosive Chiefs.

Chiefs vs. Jaguars picks and analysis

The Jaguars (3-6) broke a five-game losing streak last week by taking down the putrid Las Vegas Raiders. It wasn’t straightforward — Jacksonville fell behind 17-0 before getting on the board, eventually poking enough holes in the Las Vegas defense. Trevor Lawrence had one of his best games as a pro, completing 25 of 31 passes for 235 yards and a score while not taking a single sack. After that surprise 2-1 start, we’re still waiting to see if and when the Jaguars will take it up a level.

It’ll be tough to replicate last week’s performance this week against the Chiefs (6-2), who are neck and neck with the Bills through eight games in the battle for the AFC’s No. 1 seed. No team in the league is outpacing the Chiefs’ 30.4 points per game, nor their 311.8 passing yards per contest, though their rushing attack leaves much to be desired. Mahomes attempted 68 passes, completed 43 and gained 446 yards to help Kansas City force overtime and win 20-17 over the Tennessee Titans last week.

The Chiefs are only 3-5 against the spread this season, but there’s an understandable reason for that.

Recent Super Bowl winners with superstar quarterbacks earn hefty spreads from Vegas. They were favored by 14 against the Titans, for example. The Titans may be the best of a bad bunch in the AFC South, but in hindsight that was way over the top.

The Chiefs have also played a pretty difficult schedule against the likes of Tennessee, San Francisco and Buffalo in recent weeks, but they get a treat against the Jaguars. While we think Lawrence can keep the Jaguars in this game — more on that in a moment — there are still growing pains going on in Jacksonville under first-year coach Doug Pederson.

The Jags are 1-5 against the spread in their past six and 1-7 against the spread in their last eight road games dating back to last year. There’s an extra difficulty factor when visiting Arrowhead Stadium, of course, and the Chiefs have gotten plenty comfortable at home — this will be their fourth home game in their last five, and after some close games the fans are itching to see Mahomes orchestrate a blowout.

Chiefs vs. Jaguars prediction: Chiefs to cover -9.5 @ -110 with Caesars Sportsbook

Don’t concern yourself too much about the Chiefs being held to 20 points in two of their past three games. Mahomes and this passing game can go off at any moment — and in any weather.

They piled on 44 points on an otherwise stout 49ers defense in Week 7. It was their third time surpassing 40 points this season.

The Chiefs scored 40 on Jacksonville in 2019 and 30 when they met in 2018. This year, the Jacksonville defense has been fine, not spectacular. And while Pederson is a smart coach, you can only do so much to stop a player like Mahomes when he’s in a groove.

But to hit an O/U like 50.5, you need both offenses getting on the board. Lawrence, Travis Etienne and company have shown flashes of promise throughout the season, however inconsistently. Lawrence knows how to engineer a two-minute drill. And the Jaguars likely will need to pass a ton to keep up with Mahomes.

Betting on the NFL?

JuJu Smith-Schuster to score a touchdown

Mecole Hardman ranks second on the Chiefs with four touchdown receptions, including one in each of the past three games. Unfortunately for Kansas City, though, Hardman landed on the injury report earlier this week with an abdominal injury and could be questionable to play.

Mahomes will have to look elsewhere in the passing game if Hardman is out. Travis Kelce is an obvious target — so obvious, in fact, that he isn’t going to make you much profit with his -165 odds to score a touchdown.

Instead, turn to Smith-Schuster, who has rounded into form of late. He went for 113 yards and a touchdown against the Bills, 124 yards and a TD against the Niners and 88 yards on 10 catches (without scoring) against Tennessee.

At much longer odds, you’ll find Marquez Valdes-Scantling (+240), who has yet to find the end zone in his first season with the Chiefs. Kansas City also added wideout Kadarius Toney at the trade deadline, but if anything, the numerous options will mean that opposing defenses can’t focus too many resources to lock down Smith-Schuster. Smith-Schuster is second on the team in red-zone targets with 11.

Odds courtesy of Caesars Sportsbook. Correct at time of publishing and subject to change.